The Emergence of DIY Record Labels 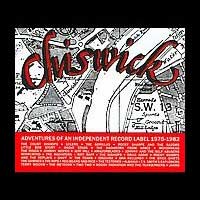 For the most part, until the middle of the 1970s, the music business was dominated by large established record labels like EMI and Decca. There were a number of smaller players, but even they had become stodgy, many of them unreceptive to new trends in music. That meant there were fewer opportunities for many of the brash young bands, first during the blue-collar pub rock era and then in punk. But rather than give up in frustration, these bands, and some entrepreneurs, took a different route – they did it themselves.

DIY – Do It Yourself – was possible for a number of reasons. This was the vinyl era, and vinyl had come down in price to the point where it was viable to have singles and LPs manufactured in small quantities. There were also a large number of independent recording studios all over the country that bands could use.

Initially few bands or young labels thought much about distribution (the way of getting records into shops around the country); it was simply enough to have something to sell at gigs or in local shops that would have heard of the bands.

Chiswick was a prime example of a label that began in a tiny way, coming out of the Rock On market stall in London to release records by the Count Bishops and the 101’ers, who formed a bridge between pub rock and punk. With the punk explosion there were plenty of bands available and eager to record, and Chiswick became part of that growth, using all the marketing techniques of the time, like coloured vinyl and multiple picture sleeves to appeal to collectors. But there was real substance in their work as they signed Motorhead, Radiators from Space, the Gorillas, and ended up putting out several records by the Damned, who’d been among the first punk bands.

Of the independent labels that appeared during the era, Stiff had the greatest success. Formed by two people in the music business with borrowed capital of £400, the first single, from Nick Lowe, appeared in August 1976. It took a little while before they gathered momentum, releasing the first punk LP (by the Damned), and signing Elvis Costello. Things looked rocky when one of the partners quit to start Radar Records. But Stiff persisted and scored big hits with Ian Dury and using all manner of publicity for the label, including a revival of the package tour idea. Their finest hours came in the first half of the 1980s, having many hits with Madness and others, including Alvin Stardust and Tracey Ullman. In fact, the label survived until 1987, by which time it had run out of steam (and charting artists).

Radar Records began with the advantage of Nick Lowe and Elvis Costello, who’d both followed from Stiff, and Costello was on the rise to becoming a big-selling artist. It built from that with groups like the Yachts and Bram Tchaikovsky, who both scored hits during the New Wave era.

The late 1970s was also the time of groups recording and issuing their own singles, the first time of true freedom for artists to put out whatever they wanted. Some were good, many were bad, but that wasn’t the point – they had a memento of the time and a product to sell. For some, they could parlay that disc into a recording deal, either with one of the many small outfits that sprang up in the wake of Chiswick and Stiff, or, if they were lucky, a major (the majors still had the real power and the money). So, whilst the whole market opened up to new music, and musicians learned what was possible, at the top very little changed at all.