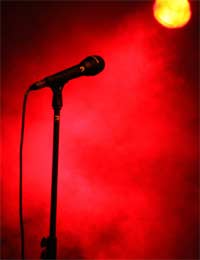 When Nirvana came to an abrupt halt in 1994 with the suicide of front man and guitarist Kurt Cobain, drummer Dave Grohl had a number of options. He was offered the drum chair in several bands, including Tom Petty and the Heartbreakers. He also considered giving up music and going to college.

But Grohl had a stash of songs he’d written whilst touring with Nirvana and never presented to the band. Raised in the DIY atmosphere of the Washington, D.C. hardcore scene, he decided to go into the studio to lay them down. Almost completely a solo effort, with the exception of Greg Dulli on guitar for “X-Static,” he completed an album in just five days. As interest grew in the project he christened Foo Fighters, he ended up licensing the album to the Capitol label and forming a band of the same name to support it. Little did he realise that the Foo Fighters would become one of the biggest names in modern rock music.

How The Foo Fighters Grew

Grohl recruited two members from Seattle band Sunny Day Real Estate on bass and drums, and added former Nirvana second guitar player Pat Smear, while keeping himself front and centre on guitar and vocals. This was the line up that recorded the Foo Fighters’ second album, The Colour and the Shape, although shifting personnel meant a new drummer, Taylor Hawkins, and soon a new guitar player, as Franz Stahl replaced Smear – although that association only lasted a few months, meaning that it was a stripped-down trio that went into a Virginia studio for the Foo Fighters third disc, There Is Nothing Left To Lose.

The album added to their lustre, and powerful performances on tour and at festivals – as well as Grohl’s Nirvana past – had catapulted them to the forefront of rock acts. Settling on a new guitar player, they continued to tour, and climb the ladder of rock fame. The music was a perfect blend of melody, rock and rhythm, pulling from punk and hardcore without ever sounding dated, and Grohl himself was an affable front man with a knack for good songs and a driving rock voice.

The Foo Fighters In The New Millennium

The Foo Fighters spent the latter half of 2001 recording One By One, and after the sessions Grohl took time off to fill the drum stool with Queens of the Stone Age. Energised by the heavy rock of that group, he returned to the Foos intending to re-record some of the tracks they’d laid down, but instead they ended up re-making the entire album, although in retrospect he was never happy with most of it – although that didn’t stop the Foo Fighters undertaking an extended world tour to support the record.

By now it was time for a small change in direction, and 2005’s In Your Honour offered just that, a double CD, one disc acoustic music, the other very much rock. Following its release, the band toured in 2006, bringing in other musicians to fill out the sound and focusing on the acoustic material, and resulted in the Skin and Bones live CD. It came not long after their massive show in Hyde Park, where they headlined over several big names, confirming the Foo Fighters as one of music’s biggest draws.

In September 2007 the new album Echoes, Silence, Patience & Grace continued the run of rock success for the Foo Fighters, and once sessions had finished they appeared at the Live Earth festival, then V Festival, followed by yet another world tour.