The Cure- Rock Music to Pop 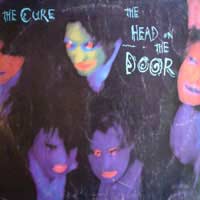 The Cure might well be the most influential cult band in the history of rock. Although many see them as a Goth group (in large part because of a dour period and the black hair and makeup of leader Robert Smith) they’ve never fitted easily into any single category. They’ve certainly qualified as Goth, but also released pop music, and began their careers with some post-punk angst. Their records have sold in millions on both sides of the Atlantic, and many bands have cited them as an influence. Whatever style they’ve adopted, however, Smith’s voice has remained instantly identifiable, and even after almost three decades they retain a huge fan base than now runs from people in their 40s down to teenagers.

Formed in 1976, the first version of the Cure didn’t record until late 1978, when they released Killing an Arab, very spare, literate piece of music inspired by Albert Camus’ novel, The Stranger. They followed that with an equally quirky album, Three Imaginary Boys, that was part post-punk, part intelligent pop music. However, that sound quickly took on darker tones after they added a keyboard player and made the dirge-like Seventeen Seconds, the start of a cycle that saw them producing very shadowed music for a couple of years and finding a home in the early Goth movement.

After Smith took a break to work with Siouxsie and the Banshees, he returned with a new direction (and a change in the band’s personnel) and a brief change of style with the chart single The Lovecats. But the album that followed was as dark as anything that had gone before. It wasn’t until 1985, with The Head On The Door that the Cure’s new pop direction emerged fully formed, the album going into the top ten and spawning a pair of hit singles. More than that, the open sound helped really break the Cure in America, where they became college radio favourites, quickly establishing a very strong cult following.

They built on that with Kiss Me, Kiss Me, Kiss Me, which was even more successful, an ambitious double LP that cemented their cult status. Never the biggest band in the world, they were solid in their support, with plenty of support from MTV and fans who would gladly follow whatever they did.

That gave them a free hand, and they used it on the multi-faceted Disintegration, which saw them even more popular before, a true stadium act for the first time. 1992’s Wish took them even higher, but it was followed by a three year hiatus, due in part to litigation with a former band member.

With that they lost momentum, which they’ve never really attempted to regain, issuing only two albums of new material in the decade since 1996 (along with two hits collections). It’s’ as if Smith, the only constant in the band, had decided to put the Cure on the back burner most of the time.

Whatever the reason, the band’s back catalogue remains as popular as ever, both in Britain and the U.S, a perennial favourite with the Goth crowd. From the beginning, whatever they’ve done, the Cure have never gone out of style.