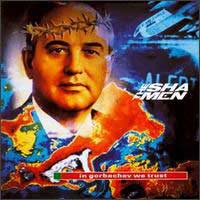 The rave scene grew out of the warehouse parties as they exploded into popularity. Where the parties had been relatively contained, the rave scene, with dances often held outdoors in fields, was massive, drawing literally thousands of people to the all-nighters that happened on the weekends. With the noise, congestion and drug problems that grew from such events, the police began cracking down on raves, with government support coming in the Criminal Justice Act of 1994, which gave them the power to essentially eliminate the large parties.

However, the proper rise of the rave scene gave a spur to an electronic music scene that really hadn’t even existed a couple of years before. There had been some experimental bands on the edge of the New Romantic and indie scenes, but they’d been few and far between. Now a new generation of artists armed with synthesisers and drum machines were at work in their bedrooms (making use of the technology that freed recording from the professional studios) and pushing the music ahead.

Because of this, and the different sensibilities and visions these young musicians brought to the new form of house music, it rapidly split into several different areas, such as hardcore, techno and trance – the main three forms of dance music.

Techno was the first real successor to house, a bit harder and faster, running at 140-150 beats per minute, with a greater accent on the rhythm, as opposed to the smoother more soulful sound of house. The Shamen, who’d first emerged during the acid house scene, embraced the sound, initially with the In Gorbachev We Trust album, but finding a peak on the Move Any Mountain single in 1991.

Hardcore was a more jagged, aggressive outgrowth of house music, taking rhythmic cues not only from house music, but also from both hip-hop and Jamaican raga. It was fast, disturbing, but at heart still eminently danceable. Before they became famous later, the Prodigy in their early days released one of the hardcore classics with Experience, a single that resounded round many raves.

A little slower than techno, as its name implies, trance was made up of repetitive melodic phrases, with strongly repetitive beats. The idea over the lengthy tracks was to send the dancers into a trance with. Although the KLF released what might be the first trance track with 3am Eternal in the late 1980s, it was Dance2Trance who began to define the genre.

At around the same time, Goa Trace, which had originated in India (where the musicians had been influenced by early electronic tracks), found its way to the U.K. and became an integral part of the dance scene.

Rave Music in the Mainstream

It didn’t take long for electronic music to become part of the pop mainstream. Strongly influenced by the rapidly advancing house and rave music, acts like S-Express with Theme from S-Express or M/A/R/R/S and the classic Pump up the Volume showed that the music could work in a pop context – something that the KLF picked up on to great effect.

In just a short time, dance music was an important part of the charts, not just edging out other music, but largely taking over, and changing forever the way music was made in all its forms.