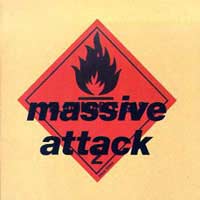 British hip-hop has had a rough ride not only for acceptance, but to fully establish its voice to distinguish itself from the genre’s American origins. There have really been three waves of it, the first two of which looked promising but fizzled out, and the third, which finally seems to have seen British hip-hop as a proper musical force.

One of the biggest conflicts within the British hip-hop community has been between commercial success and art, although there has been a kind of resolution. There was also the difficulty of actually finding the music on air, although pirate radio and the BBC’s 1Xtra station seem to have altered that, to the point where home grown hip-hop can be found quite easily.

The other problem with a cohesive hip-hop scene is that in Britain the music has been absorbed into other scenes, such as trip-hop and grime, which have established themselves with their own stars like Dizzee Rascal and Lady Sovereign.

The Start of British Hip-Hop

It all really began in 1984; with the release of New Treatment’s London Bridge and the compilation Street Sounds Electro UK. They were the first shots of what remained very much an underground scene, one purely for aficionados. The scene found its first hero in Derek B, who made the top twenty in 1988 with Good Groove, and enjoyed the distinction of being the first British hip-hop artist to appear on Top of the Pops.

He was followed by others like Monie Love and Cookie Crew, who also enjoyed a brief blast of fame, but British hip-hop couldn’t seem to gain either traction or momentum.

The second wave of British hip-hop was a long one, and it saw the music divide into many different areas, with much of the creating work emanating from the provinces. Massive Attack were the spearhead of the Bristol scene that also included much early trip-hop. The Stereo MCs (one of the most imaginative bands) came from Nottingham. But in London, hip-hop remained firmly underground.

However, in general, it was a scene going through creative growing pains. Mark B and the Herbalizer stretched the genre, bringing electronica into the mix. What was interesting was the fact that the tempo slowed as hardcore, which had previously held sway, lost out to melody.

It had taken a long time, but after the turn of the Millennium, British hip-hop seemed to have found its voice – or, more correctly, its voices. Dizzee Rascal, So Solid Crew and Lady Sovereign came out of the grime scene, where garage and two-step met hip-hop.

But the artist who really broke through was the Streets (Mike Skinner from Birmingham), who found true commercial success. He also forged his own style, more spoken than rhythmic, and from the very beginning, with Has It Come To This, he’s consistently made the charts with both albums and singles that offer strong reflections of life among the young. He’s also been one to grow artistically, and also the first contemporary British hip-hop artist to find any degree of success in America.