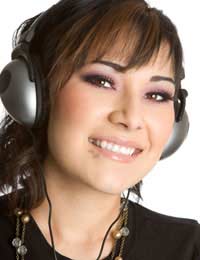 More than anyone else, the Spice Girls took British music to a global level in the 1990s, far more than any of the boy bands to emerge during the period. Known to millions around the world by their nicknames – Posh, Ginger, Scary, Sporty and Baby (aka Victoria, Geri, Mel B, Mel C and Emma) – they were a pop phenomenon, with hit singles and albums, and even a film, before expiring at the end of the decade…only to come together again in 2007 for a major reunion tour.

The Spice Girls, whose original name was Touch, came together in 1994 in answer to a trade ad for a girl group to rival the success of boy bands like Take That. Victoria, Geri and the two Melanies were selected, but it took a couple of false starts before completing the quintet with Emma.

It was a great idea, but the girls soon became disenchanted with the managers who’d assembled them and left for greener pastures, eventually signing with Simon Fuller and 19 Management. He negotiated a record deal with Virgin in 1995.

The first the public knew of them came a year later with the release of “Wannabe” in July 1996, preceded by a blitz of its video on television. With its feisty Girl Power ethos, the Spice Girls were set apart from many compliant female pop stars. The song took off in a way no one could imagine, not only a chart topper in the UK, but also rocking the US and any number of other countries.

It was followed by the album Spice, which, surrounded by hype, shifted three million copies at home and a staggering seven million in the US, cementing their status as the new pop queens. The next two singles, “Say You’ll Be There” and “2 Become 1” took them even further, going to number one in an unbelievable 53 countries.

Spiceworld, their second album, appeared in 1997, and continued the trend of being a huge seller all over the world, with singles, of course, hitting number one. They also issued Spiceworld: The Movie, a Beatlesque romp with, naturally, lots of music. Just before heading out on a major world tour in 1998 they fired Fuller as their manager.

However, successful as they’d been, the wheels were already beginning to come off. Geri Haliwell quit the band in May 1998, even as the tour was in full swing, although the others carried on without her.

From there, the Spice Girls just seemed to fade away. The tour over, all the girls spent their time working on solo projects, with just one group show at the MTV Europe Awards in 2000, after which they announced they were disbanding for a while.

Although each of the girls enjoyed some measure of success as solo acts, nothing they did apart could compete with what they’d achieved together.

In June 2007 the girls announced that they’d overcome their differences and were reuniting for a world tour. Older, and now all mothers (apart from Melanie C), they proved to be as big a draw as ever, with tickets for shows all over the globe selling out in minutes. To coincide, a greatest hits album hit the stores, along with a new single, “Headlines (Friendship Never Ends).”