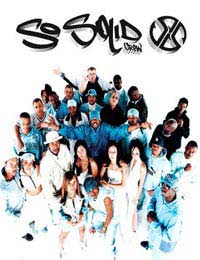 Garage music came originally from America but its development into what is internationally termed UK Garage occurred in the dance clubs in the 1990s.

The problem was that imported garage music was significantly slower than the jungle tracks then popular with DJs, so they were speeded up, leading to the term speed garage. Obviously, this didn’t work with work with vocals, so the focus was on instrumental versions of the pieces.

By accident, this meant an open field for rappers, who jumped in, both in the clubs and on record. But it was music in transition, finding its way slowly from speed garage to simply garage.

The Rise of Garage

The changes were both subtle and large. Producers altered the drum patterns to make the sound funkier. But the biggest difference actually came from an American, producer Todd Edwards. He changed the entire way vocals were employed on tracks. Instead of the traditional method of singing through an entire track, he chopped up vocal lines, sampling them within the track, which made them a part of the music, rather than standing above them.

This proved hugely influential among other producers, and quickly became a trademark of garage. One of the biggest acts to come out of garage was So Solid Crew (although they’d move to grime), with Heartless Crew following behind.

However, much as hip-hop had become associated with gun crime in America, so garage seemed to become the music of gun culture in Britain, with several members of So Solid Crew arrested on gun charges, although many figures pointed out that gun crime had more to do with social conditions than any music.

What’s interesting is that, although garage has given birth to 2Step and grime, it’s continued to thrive and grow itself.

The biggest development has been 4x4 Garage, which has moved back towards the straight “four on the floor” beats that typified house music (which was the origin of all dance music) whilst still keeping many other elements that have distinguished garage music.

Garage has produced a number of minor stars, notably MJ Cole, Delinquent and Qualifide. Cole had cut his teeth in the drum’n’bass scene before branching out into the new garage sound. Classically trained, he brought a very musical sensibility to the music, which was evident on the Sincere album, released in 2000, a disc that was nominated for the Mercury Prize. From there he moved towards 2Step, although he’s proved less successful since, as his Cut to the Chase album in 2003 showed. Qualifide is the pseudonym for Matt Campbell, originally a pirate radio DJ who turned to production, hitting big in 2000 with a remix of Kim English’s Nite Life before setting up his Qualifide label a year later. Producers Delinquent have made their name as remixers for artists like Usher, and remain the biggest production names on the 4x4 garage scene, although they cover 2Step, too.

Often it can be hard to distinguish between garage and 2Step. The sounds are similar, and you need to be a fan to pick up the differences, and the borders between the scenes are very open and fluid.