The End of TOTP 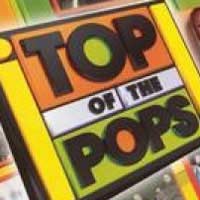 It had become an institution on the air for 42 years by the time it finally ended in July 2006. For many years it was the only chart countdown show on television, essential viewing on a Thursday night for a couple of generations of British teenagers.

The Decline of TOTP

The programme’s decline really began with the advent of MTV, which offered continual videos. TOTP might have had the bands in the studio, but people became more attracted to the videos.

However, the next nail in the coffin came from the BBC itself in 1996. They moved the show from its traditional home on Thursday evening to Friday. It was originally meant to be just a temporary move, but proved permanent, and with that they lost a portion of their audience. The BBC also tried a major revamp on the show, bringing in celebrity hosts, but it hadn’t been able to halt the slide in audiences, which had slumped hugely from a weekly peak of 15 million viewers in the early 1970s.

By 2003 the viewing figures were so low that the BBC needed to do something drastic to try and save the show. Another revamp was attempted, but in truth, the rot had gone too far, with less than three million people tuning in each week. The BBC accepted defeat, exiling the show to BBC2 on Sunday nights, and audiences halved again.

The last Top of the Pops aired in July 2006, a gala TV event. It brought the show’s first presenter, Jimmy Saville, back to help host with many others who’d been hosts over the years, and kicked off with a vintage clip of the Rolling Stones – just as the very first show had 42 years earlier.

Mixing the old and the new, the show closed with the current number one, Shakira and Wyclef Jean, but also featured Kylie, David Bowie, Madonna and other names who’d featured largely on the show across the years.

Or Not the End?

Top of the Pops as a weekly chart show might have ended, but TOTP2 stayed on the air on BBC2. Showing old clips from all the decades of the show (as well as a few new clips), it’s weekly half hour seemed to have a set weekly slot, aimed more at the parents who wanted to indulge in nostalgia rather than a younger generation who obtain their music from other sources.

Since its demise, there have been rumours that Top of the Pops will return, although in the changing climate of the music scene, that would seem fairly unlikely.

The Impact of TOTP

For two or three British generations, Top of the Pops is a show imprinted on the brain, especially its longtime theme music, a version of Led Zeppelin’s Whole Lotta Love performed by CCS.

The show has remained alive with its traditional Christmas specials, aired on Christmas Day, which are, for many, as much a part of the festive season as turkey and the trimmings.