Indie and the New Musical Express 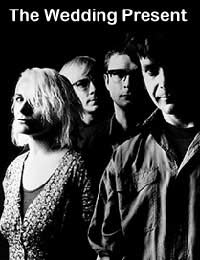 In the 1980s the label “indie” came to represent two things. It began as a way of describing artists who released records on the small, independent labels that began to proliferate at the end of the 1970s. But it was soon used as a general way of describing the music, which moved away from the synthesizers of the New Romantics to guitars, in a range that eventually moved from underground pop to sheer noise.

Although most indie bands didn’t score big hits (the Smiths were the main exception), they did have their own chart, which was compiled weekly in the New Musical Express. This had all grown largely out of the post-punk movement, although indie tended to be less musically stark and dour, using vocal harmonies and often the kind of jangling guitar work that had typified New Wave music. Softer and more poppy, it tended to the accessible, coming to the fore in Scotland first, with bands like Orange Juice, Josef K and Aztec Camera, all of whom were on the small Postcard label.

Perhaps surprisingly, it was a movement that didn’t immediately run out of steam. Initially celebrated in 1981 with the C81 cassette compilation, it was still going strong five years later when C86 appeared, by which time the idea had spread throughout the U.K. and widened in its scope.

The New Musical Express gave plenty of space to the indie bands, and helped break some of them into at least greater cult popularity. In fact, a reasonable case can be made that the paper really created and nurtured the whole scene, which might otherwise have stayed very much underground. In the long run, however, that was a good thing, since it encouraged young bands – always an important factor in developing music.

By the mid 80s, indie was well established, and its musical range was much wider. The early groups had largely disbanded, but a new crop had come along, such as the Jesus and Mary Chain, another Scots band, one whose short sets were often more like sonic assaults, heavily swathed in feedback. It could even extend to the mangling guitar noise of My Bloody Valentine or the hard pop of the Primitives.

Indie was in its prime, as bands abounded, many releasing their own records, and with an audience (albeit often just a small one) willing to listen. It enjoyed its own club night in London, and bands like Primal Scream, the Wedding Present and the Soup Dragons were releasing records that received critical acclaim.

Indie helped broaden the scope of music, and left ears open to a wider range of sounds. Whereas post-punk had seemed relatively limited in its scope, indie was much more inclusive, and unlike many other movements, fashion wasn’t a factor.

It was, for once, just about the music and the freedom to play and record what you wanted. A number of the bands achieved a low level of fame, and their work helped pave the way for the band explosions of the late 1980s and early 1990s.

Indeed, some of the bands from this period, such as Primal Scream, would go on to become big stars in the era that followed, and you can trace a direct line from the freedom of indie to the rise of the all-conquering 90s movement of Britpop.