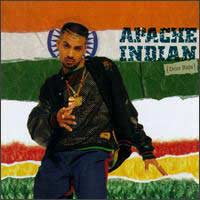 Bhangra has become one of the biggest music subcultures in Britain today. Its origins lie in the Punjab – an area now split between India and Pakistan – and the harvest celebrations that happened there with the music propelled by the massive, double-headed dhol drum.

But from small beginnings in the 1980s it's grown into a contemporary musical force, mixed with other genres (especially hip-hop), going international with Apache Indian and the collaboration between Punjabi MC and American rapper Jay-Z which made a huge global hit. At home it’s become a major force on the dance floor, mostly among the Asian community, with its own stars, many of whom are huge within the community.

It gave rise to the Asian Underground movement, which enjoyed a brief glimmer of fame in the late 1990s, but on its own it’s kept growing and developing, giving a voice to Asian youth, who form a significant part of Britain’s population.

Modern bhangra can really be traced to the London group Alaap, whose Teri Chunni De Sitaray album, released in 1982, was the first shot in the revolution, taking the folk sound and merging it with a rock band to create something entirely fresh.

From that came what was termed the bhangra explosion, with club nights, day time dances for teens, and a flood of artists arriving to make their mark on the sound, like Malkit Singh, Heera and Premi.

The mix of East and West found a large audience among young Asians, who found a voice and identity in it.

By the 1990s bhangra had begun to make inroads into the mainstream, and it proved it had really arrived in 1993 when Apache Indian took the album No Reservations and the single Boomshakalak into the charts, the first of several hits he’s enjoyed. The breakthrough was confirmed when producer Bally Sagoo’s single Dil Cheez went all the way to number 12 in the charts.

Snapped up by major labels, bhangra had now gone over ground, with an offshoot, led by tabla player and producer Talvin Singh starting the Asian Underground movement, which mixed electronica and Asian music. The critics loved it, but what the public really wanted was bhangra, which was music made for dancing, rather than listening. The Asian Underground movement continued, but has found more of a focus in America (a few parts of which have significant Asian populations), where it’s more commonly termed the Asian massive. In Britain, artists like Nitin Sawhney and Transglobal Underground have continued to explore Asian music.

Bhangra after the Millennium

Jay Sean and Swami are among those who’ve shown that bhangra is still a vital musical force among the young Asian community. The newer music has mixed with hip-hop and with Jamaican ragga, and even modern R&B.

Bhangra has become a springboard for all types of Asian music. The only constant is the deep sound of the dhol drum underpinning it all. Otherwise it can range from spiced-up tradition to hip-hop. Without doubt, bhangra will create even greater inroads into popular music.