The History of Britpop 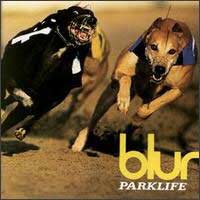 Britpop was perhaps a misnomer since there’d been British pop since the 1950s. But it became the shorthand term for the revival of music influenced by both the ‘60s and punk that became popular – very popular, for a brief while – in the mid 1990s.

It marked the advent of “Cool Britannia,” an era where British culture enjoyed the same kind of international reputation it had in the 1960s when Swinging London was an emblem for everything cool.

Although several bands fell under the greater banner of Britpop, ultimately it became the province of two bands, Blur and Oasis, who dominated the style.

The Roots of Britpop

To all intents and purposes, Britpop emerged from the indie scene, as a young crop of bands emerged. Their influences ranged from ‘60s groups like the Who and the Small Faces to the icons of punk and New Wave of the ‘70s.

Perhaps the first to strike was Suede, whose debut album sold remarkably well, with a distinctly British sound that pulled from both punk and glam rock to create a new kind of urban rock music. They were quickly followed by Elastica, a female-dominated band whose sound recalled both Wire and the Buzzcocks, whilst others, such as the Autuers and Sleeper also started to release records.

Apart from the influences, what really characterised these new bands was a sharpness in the songwriting, and the use of strong hooks and choruses to make each piece memorable.

1994 was when Britpop became a dominant force in British popular music. The defining moments came with two albums, Parklife by Blur and Definitely Maybe, the debut from Manchester’s Oasis. Both had a very strong retro feel, Blur’s to the ‘70s, and Oasis to the kind of writing crafted by Lennon and McCartney. Following these, more groups arrived to ride the bandwagon, such as Cast and the Bluetones. But it already seemed evident who the leaders were.

There were echoes of the Beatles and the Stones in the rivalry that arose between Blur and Oasis. It was South versus North, the good boys against the bad boys, ‘70s against ‘60s.

Things reached a head in 1995 when the two bands released singles on the same day. In sales and chart position Blur’s Country House (which was remarkably Kinks-influenced) beat Oasis’ Roll With it, giving them bragging rights for a while. But when the pair released albums, it was Oasis and (What’s the Story) Morning Glory which leapt ahead of Blur and The Great Escape.

Although the Britpop bands, especially Oasis, were feted at the Brit Awards in 1996, by then it was really all over musically. Blur were moving in a different direction, and even Oasis seemed to have run out of creative steam, although they’d continue to release albums and tour.

All the others association with the style moved on, too. Elastica faded into the woodwork, the Auteurs broke up, and neither Cast nor the Bluetones were able to capitalise on good debuts. Suede, the band that had kick started it all, largely collapsed after their guitarist Bernard Butler left, although singer Brett Anderson soldiered on until 2003, continuing to record and issue music.

In retrospect, Britpop was a phenomenon, a fad rather than a real movement. But it did bring forth a few good bands, and both Blur (who eventually broke up) and Oasis did become international stars.