The Development of House Music 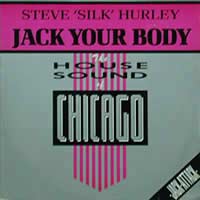 House music is the starting point of all modern dance music, although it is itself simply a radical development of the disco sound of the 1970s. But it was the first to be really electronic, its drum patterns (which always featured a big emphasis on the 4/4 beat, with a massive bass drum sound accenting each bar) powerful, the bassline a repetitive riff. Often it was quite soulful, with vocals influenced by gospel and R&B.

The Development of House

From its Chicago origins, house music took hold in Europe both in Britain during the Second Summer of Love, and in the holiday destination of Ibiza. Tracks like Theme From S-Express and Jack Your Body made the charts, sparking even greater interest in what had been an underground club scene, taking it larger, which became the massive raves of the late 1980s and early 1990s.

However, the dance scene quickly began to splinter with the rise of trance and techno music. But house kept its popularity, in large because it was the most accessible type of dance music, and still closely akin to both pop and disco, music for both listening and dancing.

House became a blanket term for many different styles, as dance music continued its rapid development. Clubs like Ministry of Sound became so important and popular that they turned into brands. A few DJs, such as Pete Tong and Judge Jules, became household names, and genres like handbag house, aimed very much at the pop market, became the mainstay of many clubs, with records making the charts. Deep house became more soulful, geared less at the commercial market.

As drum’n’bass came to the fore, house took a bit of a back seat, yet it remained popular in the clubs, and the commercial end continued to make the charts. But from being the cutting edge, it now seemed staid, and the province of the mainstream.

House after the Millennium

Although house has never completely lost its popularity, it’s continued to be outpaced by so many other developments in music – garage, grime, 2Step and others. Yet it’s interesting that house remains the beacon to which others return – 4x4 garage, for instance, brings in the house-style kick drum as its foundation. House tunes can still move a club as the bass drum kicks in.

Many who grew up on house in the clubs have fond memories of it, and those who still go out often go to small clubs that play the music. That’s created a dichotomy. You can hear house played as background music on TV shows or in adverts, as blatantly commercial as possible, yet old house music also exists as an underground club style again, bringing it full circle there.

House music has now become an accepted part of pop music, accepted and copied, a base from which a whole branch of music has grown.