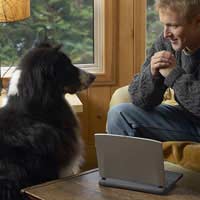 It was a magic time the period of 1988 and 1989, when the underground dance party scene, fuelled by the drug Ecstasy, began to come together. The sense of community and the atmosphere brought to mind the first Summer of Love, in 1967, when all was peace and love – hence the title given to it.

It was also, perhaps, the first time a drug had been such a vital component of a musical scene. Even in ‘67 with its LSD, there hadn’t been an intertwining of music and drug to the same extent, if only because of the general common fear of drugs, even among the young.

The soundtrack to the second summer of love was acid house, electronic dance music typified by a deep, squelchy bass. It had its origins in the house music dance scene of Chicago at the dawn on the 1980s, but after its importation to Europe, starting with the clubs of Ibiza, which were becoming established by this time, it took on new overtones.

The music stood apart from anything that was happening in Britain. It had absolutely nothing to do with any existing music scene, be it indie, rock, or pop. It was simply repetitive music for dancing, and it fuelled the warehouse parties that began to spring up, first around London, then all over the country.

The parties were very much underground events, news of them spread by word of mouth. They were, of course, illegal, much as the larger raves that followed would be. However, contrary to much of the press at the time, they were largely peaceful affairs, attended by people who wanted to dance – and the consumption of Ecstasy steered people away from violence.

Much of the music came from America and Europe. Only a very few at home were making this kind of music, and they were hard to distinguish, since part of its attraction initially was its anonymity.

Until the advent of the much larger rave scene, urban warehouse parties were the only places to really hear this music; it hadn’t yet started to infiltrate mainstream music. The parties were really a continuation of the DIY culture that had sprung up with punk, but instead of records, these were events.

Ecstasy, or MDMA, enhanced experiences and gave feelings of love and empathy according to many who used it during this time, although it wasn’t an aphrodisiac, by any means, despite popular belief. Instead it helped spread a warm vibe at the parties, and a large number of those who attended were open to trying the drug. It had its downside, though, leaving people dehydrated, which was why water, rather than alcohol, became the dancers’ beverage of choice. The whole idea was to use the drug to increase the experience and lose oneself in the music and the dancing.

In many ways there really wasn’t an end to the second summer of love. What happened was the scene became more popular, and what had been underground emerged overground as the warehouse parties turned into much bigger raves. The music grew into a distinct genre that made an impact in the clubs and on the charts, and a new wave of electronic musicians became heroes.